Answered a call from 616-971-0229 MI, USA. A recorded message informed me that Obamacare is the law of the land and that if I wanted help getting medical insurance, press one. If I wanted to be removed press 2. It occurred to me later that a call from or on behalf of the federal government would not refer to the Affordable Health Care Act as Obamacare.

This is the 2nd time they’ve called and I’ve pressed 2 to be removed. Guess that isn’t really an option they wanted me to choose. Happy President’s Day to you too! 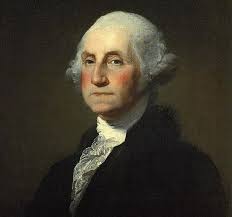 Presenting my youngest daughter (in red) and fellow violinists Hannah and Morgan with Dr. Nix of Columbus State University Schwob School of Music of Columbus, Georgia,  who conducted their orchestra concert. The girls were part of a UMKC Midwest Honor Band and Orchestra festival that was held at the Weston Crown Center Hotel in Kansas City, Missouri this weekend. It was a superb performance….

and I’m such a proud mama!!! She made 1st violin section.

It was in a meeting room and unfortunately not visually friendly. This is the best shot we could get. Notice the mega pillar to the right. There was another half of the orchestra on the other side of that obvious support beam.

Here’s the other half of ‘us’